New research finds that hands-free cellphone laws are associated with fewer driver deaths, and laws in 21 states allowing only hands-free cell phone use by drivers have prevented about 140 driver deaths and 13,900 driver injuries annually in the U.S.

The effectiveness of hands-free laws over other other could be due to greater compliance as ands-free cellphone laws clearly send the message that cellphones are not to be handled at all while driving. In addition, drivers may be more likely to believe that enforcement is possible when the laws govern cellphone use broadly, according to the study, Bans on Cellphone Use While Driving and Traffic Fatalities in the United States published in Epidemiology. The study was conducted by researchers at the Center for Injury Research and Policy at Nationwide Children’s Hospital in Columbus, Ohio.

Traffic crashes are a leading cause of death in the United States relative to other high-income countries and drivers’ cellphone use is a common traffic safety hazard. Cellphone use may involve manual distraction (hands off the steering wheel), visual distraction (eyes off the road), and cognitive distraction (mind off driving) and includes activities such as calling, texting, looking at apps and various other uses. 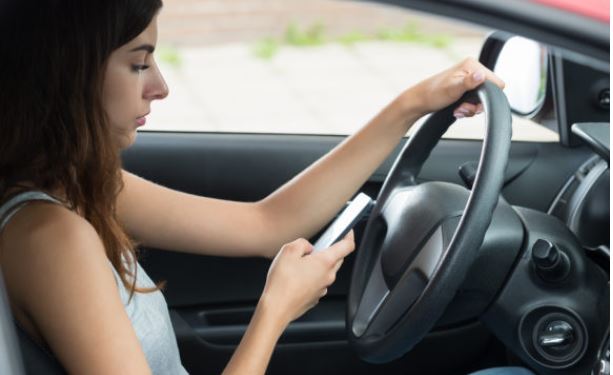 The researchers looked at drivers, non-drivers (passengers, pedestrians, bicyclists, motorcyclists), and total deaths involved in passenger vehicle crashes from 1999 through 2016 in 50 states, along with the presence and characteristics of cellphone use laws.

“We’re not suggesting states take people’s phones away while driving or tell them not to use their phone while driving,” said Motao (Matt) Zhu, MD, MS, PhD, lead author of the study and principal investigator in the Center for Injury Research and Policy at Nationwide Children’s. “We’re recommending that, if you need to use your phone while driving, you do so hands-free. Further, we recommend states implement hands-free cellphone laws to encourage this behavior change.”

Data for this study were obtained from Fatality Analysis Reporting System by the National Highway Traffic Safety Administration, the Insurance Institute for Highway Safety and LexisNexis.

Source: Center for Injury Research and Policy of the Abigail Wexner Research Institute at Nationwide Children’s Hospital and The Insurance Journal