Roberto Loera would do anything for his family.  That included leaving his homeland of Mexico and living and working in Colorado so he could provide a better life for his wife, Maria, and two boys, Roberto Jr. and Abel.  He spent years working in the ski resorts during the high season, and traveling back to Mexico to be with his family during the downtime.  Finally, he got word that his family’s visas had been approved.  Roberto shared that joy with his insurance professional, Leila Martinez.

She knew how long and hard he had worked for this opportunity, and asked if he had thought about life insurance to protect his family’s financial future.  Roberto was quick to understand how important this coverage was, given that Maria would not be working.  He was able to put a policy in place for less than $20 a month.

Less than a year after the family was reunited, Roberto learned that the terrible headaches he was having were the result of a brain tumor.  While doctors weren’t able to remove it completely, Roberto was able to return to work.  However, just nine months later, he learned the tumor had reappeared and spread, and neither surgery nor treatment was effective.  The doctors gave him only months to live.  One of the proudest days of his life was when he received his citizenship, and it was just two weeks later that Roberto died at age 47. 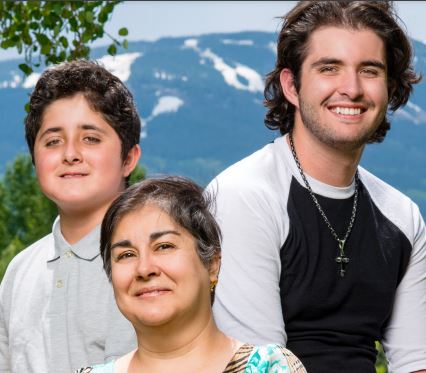 The community that loved him gave the family the emotional support they needed.  And Roberto’s life insurance policy gave them the financial support they also needed.  It allowed Maria time to grieve and to give Roberto the funeral he deserved.  It also paid medical bills and provided for day-to-day expenses while Maria looked for work.  She also set money aside for Roberto Jr. and Abel’s college dreams.

“Roberto’s life insurance was such a blessing,” says Maria.  “It’s something every family should have.”