Researchers at North Carolina State University have added their voices to the growing number of people who say that federal flood maps are inadequate and misleading, causing thousands of homeowners to avoid needed flood insurance.

“In fact, only about 4% of homeowners nationwide have flood insurance — a problem that can be largely attributed to the flood maps created by the Federal Emergency Management Agency,” reads the report, based on research by Georgina Sanchez, a research associate at NC State’s Center for Geospatial Analytics. 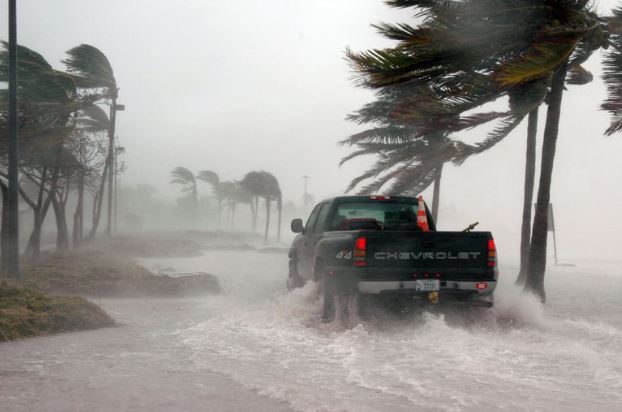 Hurricane Ian put a stark spotlight on the issue when it caused widespread storm surge and inland flooding across parts of Florida in late September and into mid-October. Thousands of homeowners were flooded in the storm and its aftermath, but few carried flood coverage through FEMA’s National Flood Insurance Program or through private carriers, reports have indicated.

The FEMA flood maps show designated flood zones, known as special flood hazard areas, that are considered most susceptible to a so-called 100-year flood event. Most federally backed mortgages require homeowners in those areas to purchase flood insurance. But outside of those zones, but still in low-lying and vulnerable areas, flood insurance is not strictly required, prompting many property owners to forego policies, even though coverage can cost less than $2,000 a year on average, experts have said.

The NC State study echoes what some private flood insurance companies and other research has found in recent years.

“The FEMA maps are wrong and FEMA knows it,” said Trevor Burgess, CEO of Neptune Flood, one of the largest providers of private flood insurance in the country.

A Rice University report in 2020 reached similar conclusions, noting that almost twice as many properties are at risk from a 100-year flood than the maps indicate. First Street Foundation also has done modeling that rates flood risks for properties around the country, showing many more flood-stricken areas than the FEMA maps show.

And NC State researchers earlier this year used artificial intelligence to predict where flood damage was likely to occur in the United States. That study found that FEMA flood maps underestimate the extent of flood risk by about 790,000 square miles.

“We’re seeing that there’s a lot of flood damage being reported outside of the 100-year floodplain,” said the study’s lead author, Elyssa Collins, a doctoral candidate at the NC State Center for Geospatial Analytics. “There are a lot of places that are susceptible to flooding, and because they’re outside the floodplain, that means they do not have to abide by insurance, building code and land-use requirements that could help protect people and property.”

Collins worked with Sanchez on the latest report, which used computer models, flood damage reports and National Oceanic and Atmospheric Administration data from 2006 to 2020. The researchers compared the information with the 2020 FEMA flood maps and found that more than two-thirds of the damage reports came from outside of the maps’ high-risk flood zones.

Much has been written about FEMA’s Risk Rating 2.0, an update to the criteria used to help determine flood premiums for NFIP policies. The rating system, implemented starting in 2021, is designed to make property ratings more precise and make flood insurance costs more equitable — reducing premiums for some properties in less vulnerable areas, and raising costs for those in the most flood-prone spots.

But Sanchez’ report notes that FEMA is using RR 2.0 to improve estimates only for properties within the already-designated high-risk flood zones. A FEMA official confirmed that RR 2.0 does not expand the special flood hazard areas on the maps.

Apart from the new rating system, the FEMA flood maps also do not account for the growing risk from higher rainfall amounts, sea-level rise, the impact of urban development, and other factors.

“FEMA’s designation of high-risk flood zones can mislead communities about their actual risk and encourage development that borders the floodplain, resulting in greater damages when flood events exceed design levels,” Sanchez said in the report.

FEMA leaders have recognized some of the issues. David Maurstad, senior official of FEMA’s Office of Resilience and senior executive of the National Flood Insurance Program, said in a statement to Insurance Journal that homeowners outside of the designated flood zones should always evaluate the need for flood insurance “because flooding happens outside of high-risk areas.”

The agency would not comment directly on the NC State report, but officials have said that FEMA is moving away from a binary depiction of “in or out” of flood areas. In the works is a graduated scale of risk that property owners can someday use to measure flood risk. FEMA’s assistant administrator for risk management, Michael Grimm, testified to a U.S. House committee about it in 2020.

For now, the FEMA website shows that property owners can petition the agency to reconsider a special flood hazard designation, but no path appears available for those who want to be included in flood zones. Flood writers have, however, said they have seen an increase in Florida property owners requesting flood insurance. Neptune reported a record sales month in October for Florida, but many in the state remain without coverage.

People in the Florida property insurance industry breathed a small sigh of relief after it became clear that much of the damage from Hurricane Ian was the result of flooding, something that most property policies don’t cover. But some have suggested that wider adoption of flood insurance would also help P/C insurers reduce litigation costs. Without flood coverage, ruined homeowners may feel they have little choice but to duke it out with their insurer over whether the damage was from wind or water.

A few industry activists have suggested requiring all Florida Citizens Property Insurance policyholders, everywhere in the state, to also obtain flood insurance. The Texas Windstorm Insurance Association, a program similar to Florida Citizens, has for years mandated that some homeowners also purchase flood. That requirement appears to be limited to properties in the highest-risk flood zones, similar to what most mortgage companies already require.

Another idea that private flood carriers have pushed for seems to be stalled in the rulemaking process for the last two years. That rule would allow federally backed mortgages to accept private flood insurance, not just NFIP, which could make some policies more affordable, with higher coverage limits, a Neptune Flood official said. Others have suggested that the federal government should provide flood insurance automatically, at no charge, to all mortgagees.

The NC State report said researchers are now working to create computer simulations that can show how annual flooding probabilities may change under various climate-change scenarios. The simulations will provide land-use planners across the country with “computationally efficient predictions of flood risk that can be rapidly updated as conditions change or new data becomes available,” Sanchez said in the report.