First Half of Year Recorded 18% increase in Road Fatalities

via The Insurance Journal

Traffic deaths across the country soared by 18.4% in the first six months of 2021, the largest number of projected fatalities in that time period since 2006.

The Department of Transportation’s National Highway Traffic Safety Administration reported that an estimated 20,160 people died in motor vehicle crashes in the first half of this year.

In addition to the traffic fatality data, NHTSA also released behavioral research findings from March 2020 through June 2021, indicating that incidents of speeding and traveling without a seatbelt remain higher than during pre-pandemic times. NHTSA’s analysis shows that the other main behaviors behind the increase include: impaired driving and speeding.

“The report is sobering. It’s also a reminder of what hundreds of millions of people can do every day, right now, to combat this: Slow down, wear seat belts, drive sober, and avoid distractions behind the wheel,” said NHTSA Deputy Administrator Dr. Steven Cliff.

Despite Less Driving During 2020 Pandemic, Traffic Deaths Were Highest In 13 Years

The rise in traffic deaths continues a trend seen in 2020 during the pandemic. Even though Americans drove less in 2020 due to the pandemic, NHTSA estimates of crash fatalities of last year showed the largest projected number of deaths since 2007. According to NHSTA, an estimated 38,680 people died in traffic crashes last year, an increase of about 7.2 percent as compared to the 36,096 fatalities reported in 2019. The increase occurred even though vehicle miles traveled in 2020 fell by about 430.2 billion miles—a 13.2% decrease. The fatality rate for 2020 was 1.37 fatalities per 100 million VMT, up from 1.11 fatalities per 100 million VMT in 2019.

“This is a crisis,” said Transportation Secretary Pete Buttigieg, announcing a new National Roadway Safety Strategy to save lives on the road. “No one will accomplish this alone. It will take all levels of government, industries, advocates, engineers, and communities across the country working together toward the day when family members no longer have to say goodbye to loved ones because of a traffic crash.”

The strategy aims to bring together work being done across all levels of government, the private sector, and communities to reverse the current trend. It will target the most significant and urgent problems where actions can have the most substantial impact. The strategy will be released in January.

A recent study out of The Ohio State University found that with fewer people on the road during the early days of the pandemic, more drivers were speeding and driving recklessly, resulting in more crashes being deadly. While the total number of collisions declined after the lockdown, the proportion of those crashes that were incapacitating or fatal more than doubled, results showed.

“More of the crashes that did occur were severe, not just because of less congestion, but also because of drivers who were speeding, and driving under the influence of alcohol or drugs,” said Jonathan Stiles, lead author of the study.

Study co-author Harvey Miller, a professor of geography at Ohio State, said the results reveal a disturbing fact about urban road design. “This is more evidence that our streets are designed for speed, not safety,” said Miller.

Joseph Schwieterman, a transportation expert at DePaul University, told The Associated Press in late summer that some drivers are emboldened to speed and drive recklessly by a lack of enforcement. Motorists also feel safer speeding because of their air bags, anti-lock brakes and other safety features, he said. 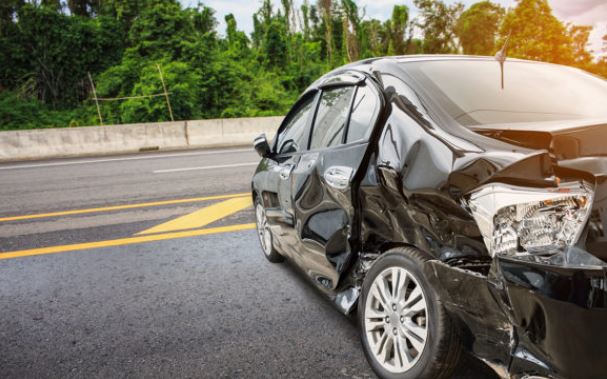